When an American Airlines cross-country flight hit severe turbulence in 1995, terrified passengers were hurled from their seats, and some were sure they were about to die. Those 28 seconds of terror, a Federal jury said on Thursday, were worth $2 million.

The award will be divided among 13 passengers who filed suit against the airline for the emotional distress they suffered aboard the Los Angeles to New York flight.

The jury, in Federal District Court in Manhattan, ruled that the airline was responsible for the psychological impact because its ground personnel and the flight crew did not take proper steps, like activating weather-sensing radar, to detect and possibly avoid the severe Midwest storm that created the turbulence.

One of the lawyers for the passengers, James P. Kreindler, said the damages were the highest ever awarded by a jury for purely emotional rather than physical injuries in a lawsuit over airline turbulence.

Most such suits are settled out of court for modest sums, Kreindler said, but the suit over the trauma aboard Flight 58 was pursued, he said, because the airline's settlement offers "were insulting, from $5,000 to $20,000."

Thursday's verdict included awards for each passenger's emotional injuries that ranged from $150,000 or more for each of the adults to as much as $200,000 for the children who were among the plaintiffs.

The jury ordered American also to pay a total of $145,000 to some of the passengers for relatively minor physical injuries they suffered in the incident. But it was the accounts of psychological trauma that clearly riveted the jury as passengers, including parents traveling with children, described their terror and despair, and how it felt to prepare for death.

"I heard my daughter scream and I couldn't find her," a passenger, Karen Berman, told the jury. She was with her daughter, Leah, who was 7 at the time.

"So I turned my head," Ms. Berman testified, "and she was in the air, like she was ejected out of her seat, and it seemed like she was just floating in space."

"I really thought that this is how we were going to end our lives," she said.

Evidence in the trial showed that Flight 58, which left Los Angeles on June 25, 1995, bound for Kennedy International Airport, was flying at about 37,000 feet about 25 miles west of Minneapolis when it encountered a severe thunderstorm. The seatbelt sign was off.

Passengers who were not wearing seatbelts were thrust from their seats, and the plane was forced to make an emergency landing in Chicago. The suit contended that American had ample warning of the storm but failed to turn on the seatbelt sign.

American conceded that it had hit the turbulence, which meant the jury had to decide only the damages for what Kreindler called the passengers' "28-second nightmare, facing your own death."

An American Airlines spokesman, Mark Slitt, said, "We're disappointed at the size of the award," and added that the airline was considering its options, such as whether to seek a reduction in the verdict or appeal.

In court, the airline's lawyers had suggested that passengers were exaggerating about their emotional injuries.

"The point is that all of the people here continue to do what they did before," the airline's lawyer, George N. Tompkins 3d, told the jury on Thursday.

But the difference under the law, he added, was, "How has it affected their life?"

Kreindler and his co-counsel, Daniel O. Rose, did not deny that the passengers had continued with their lives, with some even flying again, but they said each had been emotionally scarred, particularly the three children among the plaintiffs.

Another passenger, Nancy Spielberg, who was flying with her two daughters, Jessica, 6, and Melissa, 2, agreed.

"Letting my children heal is the most important thing for me," Ms. Spielberg said yesterday. "Money is not what drives me here."

Ms. Spielberg, the sister of the film maker Steven Spielberg, had told the jury of the horror of "bodies flying everywhere" as the plane pitched and dove, including Jessica, whom she grabbed by the ankle.

"I wasn't going to let go of my baby," Ms. Spielberg said. She said she desperately guided her child back into her row as the plane lurched again.

"I just knew that we were going to die," she said, recalling that she looked behind her, where Melissa and their nanny had been seated, and saw neither; they were screaming and crying on the floor.

"I remember thinking at that moment that there is no God," Ms. Spielberg told the jury, "and there is nobody that's going to save us. And to me, that was probably one of the saddest moments in my life."

After the turbulence ended, she said, her 2-year-old, normally a lively child, "curled up into a ball and just laid there very quiet, but too quiet."

She said her older daughter was hysterical and hyperventilating.

In the trial, the airline disputed the contention that the turbulence had lasted nearly half a minute, arguing that it could have been much shorter. A report of the airline said that the severe turbulence lasted five to eight seconds and that the pilot had reported rapid vertical movements.

But the passengers made it sound as if they felt it would never end. Garry Bonner of Hackensack, N.J., a singer who was a co-writer of "Happy Together" for the Turtles, testified that the plane rose and fell repeatedly, and then made a dive, as if it had lost power and was falling out of the sky.

"Everybody started gasping for breath," he said. "I could hear everybody gasping."

See A2L's Aviation Computer Animation Work Related to This and Other Cases by Clicking Here. 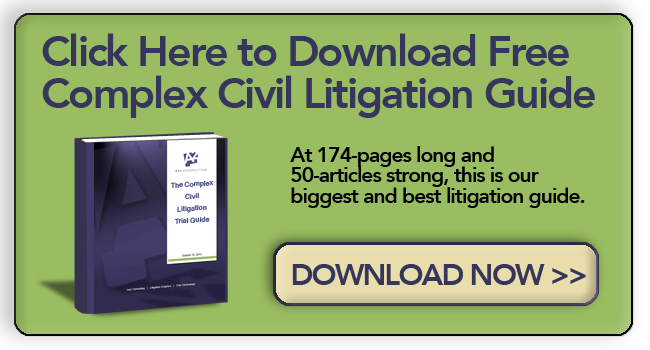